Do you consider entering new markets outside Europe? Is the South American market a right direction and what does the local e-commerce look like? In our today’s entry we’ll show you the American SEO industry and introduce you to the most basic facts about Latinos – empezamos!

Latest on our blog: Top 10 Magento Extensions For E-commerce

South America is the fourth largest continent in the world, covering an area of 17.8 million square kilometres. The continent consists of 12 countries (Argentina, Bolivia, Brazil, Chile, Ecuador, Guyana, Colombia, Paraguay, Peru, Suriname, Uruguay, Venezuela) and two dependent territories – French Guiana and Falkland Islands which belong to the United Kingdom. Brazil, with 8.5 million square kilometres, is the greatest country covering almost half of the entire continent. South America can boast with 420.5 million inhabitants and its population density equals 21 per km². Chile is the richest and the most economically stable country whose per capita income comes to $24,588.

According to Statista (data from 2017), 55% of the population of Latin America has access to the Internet. However, the forecasts indicate that by the end of 2019 the number of the internet users should reach 60.9%. It was estimated that at the end of 2016 there were 72.4 million users of fixed broadband internet and in 2017 the number reached 77.4 million. When it comes to individual countries, Argentina has the highest internet penetration rate (93%) and Brazil is the country with the greatest number of internet users.

What to keep in mind to become successful on the Latin American market?

If you aspire to become successful on the local market in a given part of the world, there are several things that should be borne in mind and the mother tongue is one of them. Delve into its nuances to avoid some cardinal and embarrassing mistakes. Social media eagerly and regularly used by the local users are the second the most important aspect. Therefore, remember about setting up your accounts and staying active. Don’t forget about various search engines – each of them is specific, has its own SEO rules and highly affects the position on which your site is displayed in the search results. So now you know the most important factors but what do they look like in South America?

Language – is Spanish the one and only?

Differences aren’t particularly noticeable, nevertheless, they can change the meaning of the sentence as often they regard different meanings of some words and popularly used terms. To put you in the picture, in Spain to say “car” you’ll use “el coche”, whereas in South America it denotes “pig”. On the other hand, in the abovementioned situation, Latin Americans would go for “el carro” or “el auto”. The word “computer” is another example of such misleading differences – people in South America would say “la computadora” but the Spanish would use “el ordenador”. Finally, “beans” will be the most illustrative example. The Spanish call it “la judía”, the Argentinians call them “el poroto”, the Venezuelans “la caraota”, the Peruvians “el frejol” and the Colombians “el fríjol”. There might also be differences in pronunciation and stressing. For all these reasons it’s very important to pay special attention to individual words during conducting an SEO process in particular countries of South America.

Why is language important in terms of SEO? First of all, it’s something you should pay attention to while selecting keywords for your SEO process. Apart from that, language and cultural differences may make the site that is prospering well in Spain a complete disaster in South America. As you’ve seen in the previous example with the beans, the same website may even not work in various countries of Latin America. You should focus on customizing your site to your new target group and adjusting it to the new market.

Social media are very popular in South America. According to Statcounter GlobalStats, Facebook is the most popular social media platform. Remember about being active and visible there. Pinterest and YouTube are ranked on the subsequent positions, however, the number of users of these sites is considerably lower.

During the SEO process you need to pay attention to the search engine which is most frequently chosen by the users in a given country. Each search engine is a law unto itself. However, the situation in South America is similar to the one in Europe – according to Statcounter GlobalStats, Google is the leading search engine used by as many as 97.71% of the Latin internet users. This, in turn, makes entering the local market a little bit easier as the principles and characteristics of Google in the SEO process are widely known among the European entrepreneurs. The Bing search engine is second in the ranking, nevertheless, it accounts for only 1.17% of the market share.

Linking is an essential part of the whole SEO process. For this reason, it’s advisable to create links leading to domains valuable in given parts of the world where you want to enter the market. Social media, with Facebook on the first place and Blogger – the blogging platform – on the second place in the ranking, play the key role in South America. Thus, it’s worth staying active and sharing valuable content on these portals. The following places in the ranking are occupied by LinkedIn and Twitter. “Taringa!” is another social media platform particularly important in the SEO process in the Spanish speaking countries of South America. It’s considerably less popular than Facebook or Blogger but it’s an inseparable element of the SEO process if you care about markets with Spanish as a mother tongue.

In most countries of South America, buying your own domain shouldn’t be a problem. In many cases, you don’t need to register your business and a local representative is also not required. Argentina, Brazil and Paraguay are among the places which require a local administrative contact and representative, however, many companies offer their services in this respect. Unfortunately, relatively high prices might be problematic. Depending on the country, buying your own domain will cost you from $75 to $230. It’s advisable to choose a country domain for each country in which you want to operate.

In some countries of South America you can register your domain in two ways – in Chile, for example, a website can be registered as both .cl and com.cl. However, most countries go for the .com extension, it’s also recommended to choose this solution as it’s generally cheaper, simpler and more frequently used.

However, if you focus on the whole South America, you can go for the .lat domain which doesn’t refer to any particular country but to the general culture of Latin America. There are no registration requirements for this type of domain and its price isn’t as high as in the case of the domains of individual South American countries. It can be compared to the ue. domain commonly used in Europe. However, this solution is a little bit less beneficial for SEO.

While analyzing the e-commerce market in a given country, it’s worth examining not only the percentage of people who buy online but also the preferred payment methods and products that are most frequently purchased by the internet users. Let’s take a closer look at these elements in Latin America.

In 2019, revenues from the e-commerce market reached $32,224 million. According to forecasts, they’ll show an annual growth rate of 6.5% which will result in the revenues reaching $41,441 million by 2023. Currently, 121 million inhabitants of South America shop online, however, according to research, by 2021 the number will increase to 163 million e-commerce users which accounts for 54% of the whole population of Latin America.

When it comes to payment methods, 65% of Latin American online shoppers chose their credit cards as a preferred online payment option. 41% of shoppers reported using debit cards. E-wallets, such as PayPal, are chosen by 36% of online shoppers and cash on delivery is preferred by 35% of customers. Obviously, the payment methods will vary from country to country, nevertheless, credit cards prevail in most prosperous Latin American countries.

As far as devices preferred by Latinos are concerned, 59% prefer to shop using desktop computers, which gives a number lower than the world average. Smartphones or tablets are chosen by 6% of online shoppers. 29% of people state that they’ve no preferences. Mobile phones are expected to become even more significant, especially when the younger generation of online shoppers is concerned.

Undoubtedly, the markets of Latin American countries aren’t as developed as the European ones. Nevertheless, the number of internet users and e-consumers there increases every year, therefore, this continent may turn out to be an unexploited niche in many industries. Before making a decision which South American market to enter, consider which countries are expected to develop the most dynamically.

In 6 months, from scratch to over 1,5k visitors per month, thanks to my optimization for our Spanish client from the finance industry!. 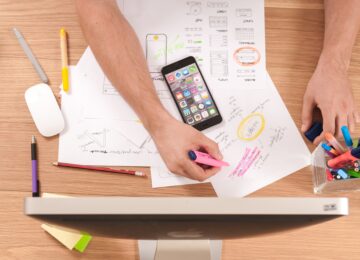 Magento is a platform that’s designed to give users the freedom to create a unique e-commerce store with an eye-popping design, supreme functionality, and a flexible shopping cart system. Keep reading to find out the best Magento extensions to help you improve your store! 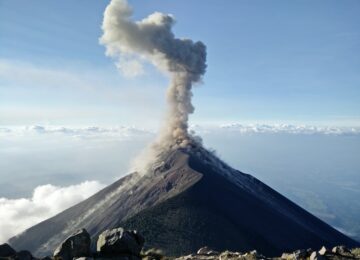 On the 2nd of June, Google rolled out the search engine’s core algorithm update. What can we expect? Should we prepare for some turbulence in search results and how to get ready for further changes that are coming our way next month (spoiler alert!)? 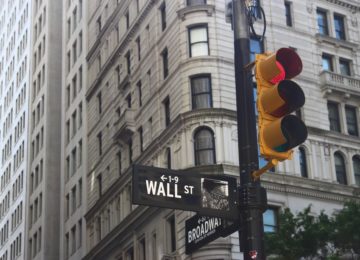 Almost every company wishes to reach as many customers as possible. It’s not surprising because this usually translates into maximized profits. In the era of modern technologies where the Internet plays a key role, it’s very important to be visible online. Consequently, SEO and SEM activities turn out to be extremely vital in the marketing campaign.