At first glance, it may seem that international SEO strategies don’t differ from the ones in your country. However, there are certain aspects, such as cultural or language differences, which have to be taken into account if you plan to conduct marketing activities abroad. What does SEO in Japan look like and what to pay attention to when doing business in this country? Keep reading!

Japan is associated with great technological progress mixed with tradition. Although the above sentence is true, despite such rapid development, Japanese companies still feel attached to the fax machine, or hanko stamps (these are personal or company stamps, which are the equivalent of a signature. They’re required to buy a house or open a bank account). So what does an average Mr. Tanaka use when browsing the net?

Unsurprisingly, Google is the most popular search engine in Japan. Yahoo! is second in the ranking with more than 20% of users in 2021.

Although Google is the real tycoon today, in 2018 the first place in the popularity ranking was held by Yahoo!.

Since 2010, Japan’s Yahoo! has been operating on slightly different principles than the one in the USA. Yahoo! Japan uses Google but complements it with its own algorithm, while the US version is a completely different creation that partners with Microsoft.

Who doesn’t use social media? The number of active users increases every day and the situation looks the same in Japan. The number of people using social networking sites in the cherry blossom country is sizable, with 93.8 million as of January 2021, which accounted for 74.3% of the total population. Quite a lot, right? Compared to 2020, the number increased by 4.4 million, which was probably due to the coronavirus pandemic.

It’s worth noting that Japan is an aging society, so social media users aren’t only young people.

What social media do Japanese people use?

This is where Japan differs from other countries. Let’s take a look at the most popular portals:

Although YouTube was the most popular platform, let’s pay attention to the second position in the chart. 69.6% of SM users accessed LINE, a not very popular app that is completely unknown in some parts of the world.

What is LINE? It’s a native messenger beloved by the Japanese, which is largely used for communication, but also serves as social media. It can be used to publish photos and posts. Moreover, companies can create business accounts to reach mobile customers. LINE marketing is booming. When planning SEO for a website in Japan, take this into account.

Twitter, which is very popular in Japan (51.5%), and Instagram (38.6%) are also high in the ranking. Note that Facebook is only in 5th place – this platform isn’t particularly popular among Japanese. On the other hand, LinkedIn users constitute only 3.2%, but the platform is becoming more and more recognizable, so these numbers may increase in the future.

What devices do Japanese customers use to browse the net?

Just like in the other parts of the world, the number of users browsing the net on mobile devices is constantly increasing. Here, numbers aren’t equal and vary from 40% to 70% depending on the industry. However, Japan is the country where the use of mobile devices has spread the fastest and they play a very important role in the daily lives of Japanese people.

Most markets recommend responsive web design where the layout of the website automatically adapts to the screen size of the device. However, as mentioned above, mobile devices became popular in Japan long before smartphones were invented, therefore, some of the created websites are still dedicated only for mobile devices.

It’s worth keeping this in mind if you plan to cooperate with Japanese developers or agencies that are better at segmentation. SEO-wise, responsive web design works better in Japan, that’s why you should fight for it.

Japanese and its impact on SEO

The nature of the local language can hinder SEO in Japan. There are 4 writing systems (2 syllabaries – hiragana, katakana and also kanji characters and Latin alphabet). Consequently, one word can be written in several ways.

For example, if a Japanese user wants to search for the word America, they can write it in several ways: アメリカ、米国、America, USA. Current Google algorithm is sophisticated enough to treat all these as the same word, but it doesn’t always work perfectly and depending on the phrase, search results may vary.

Translation isn’t enough when you do SEO abroad. Localization will also play an important role here, because as a wise saying goes: one man’s meat is another man’s poison. There are various cultural differences that need to be taken into account. Japanese users have a completely unique way of thinking and they prefer different content. As you may guess, this will have an impact on SEO in Japan.

The impact of cultural differences on the design of Japanese websites

Modern websites are minimalistic. According to Google standards, a website is supposed to be readable and easy to use. Both bigger and smaller companies design their pages to be professional and transparent. This trend is also becoming popular in Japan, as can be seen on the Nintendo or Asahi websites, which resemble their English versions.

As mentioned above, the trend is becoming popular in Japan, but the change happens really slowly and not all websites look that transparent.

Japanese marketing is a completely different league, and the motto is: the more the better, so Japanese websites often look a bit cheesy from the perspective of a Western user. It’s hard to find desired information, even with the knowledge of language. The comparison of the Japanese and English versions of the Rakuten website will probably be the most drastic example.

The differences in mindset – expectations of Japanese customers

Japanese users differ from European or American ones. While the Western customer will be most interested in the value and price of the product offered by the seller, the case will be different in Japan, where quality and brand recognition are the most important. It’s better not to underestimate this aspect and work on your company’s history to ensure that your offer is prestigious and reliable.

Domestic domains are trustworthy and usually rank higher in the search results, so buying a Japanese domain may be a good idea. There are two Japanese top-level domains – .co.jp and .jp. Keep in mind that this solution involves more work and higher costs (this is due to the fact that country domains have to be purchased and renewed. Additionally, you have to create a separate link profile for them).

Learn more about choosing a domain when entering the international market.

Which language to use?

The official language in Japan is of course Japanese, and English proficiency isn’t particularly common there. Therefore, if you decide to do SEO in Japan, you’ll need Japanese content.

However, make sure that your content is of satisfactory quality as, again, translation may not be enough. It’s crucial to localize texts to ensure that recipients will understand them properly. However, this isn’t just a cultural issue. Creating content from scratch instead of translating it is also profitable SEO-wise. Keywords used in the SEO process are going to look more natural to the user. Additionally, if you create new texts from scratch, you minimize the risk of duplication.

As we mentioned earlier, Japanese writing consists of 4 writing systems (with Arabic numerals). This can also be a problem when translating content, because the language is constantly changing. For example, a dictionary may show that a word can be written in kanji*. However, in reality hiragana or katakana is more natural, because these characters are too difficult for a modern Japanese user. A person who doesn’t speak Japanese may have problems with determining such issues. In this case, it’s better to start cooperation with a native speaker who will create the content from scratch.

*kanji – characters borrowed from China that are usually used to write the stems of words, including nouns.

katakana – a syllabary used to write words of foreign origin.

Since the content is written in Japanese, it seems natural to create slugs in Japanese as well. But how does it work in practice? Well, it doesn’t really work. Creating slugs with Japanese characters is of course possible and acceptable, but it’s recommended to leave the URL in Latin characters. This is because a slug with Japanese characters is encoded with percentage coding, which can break your links when you copy them, and this may generate errors.

In the global ranking, Japanese e-commerce ranks 4th, just after China, the USA and the UK. In 2019, the revenue from online marketing was $104.04 billion, and these numbers are constantly growing. Japanese people love foreign brands, and they’re willing to pay more for top quality, so luxury goods trade is becoming more and more popular there.

Japanese e-commerce in 2019 was mainly digital goods, and services. Goods sales accounted for 54.3%, most of which were clothing brands. Services accounted for 37% of the total and it was mostly related to travel industries. 11.1% were digital services, where online games, and ebooks were the most popular.

Japan is the icing on the cake of global online marketing. What sites are currently most popular in the country?

SEO in Japan. The takeaway

It might seem that SEO is the same everywhere. After all, there is only one Google. However, it turns out that there are some languages and cultural aspects that can’t be ignored when it comes to online marketing, regardless of whether it’s Japan or other corner of the world. Although SEO in Japan is a bit complex and time-consuming, the impressive e-commerce market makes it worth considering.

I will take care of your website visibility in the foreign market! 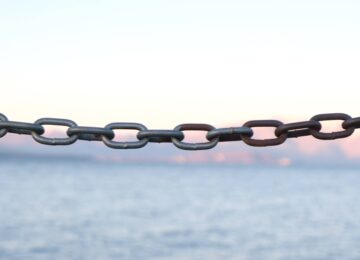 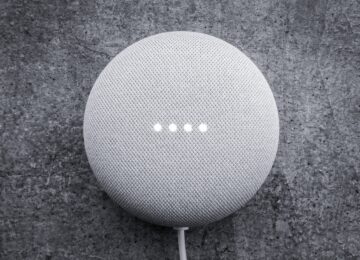 Google Assistant makes voice search a really powerful tool. It can schedule appointments, set clock alarms, or calculate your route home from work. It helps you find products to buy and gives you search results matching your location. This solution is predicted to become the most popular research method by 2025. How to optimize your website for voice search and stay on top of the game? Keep reading! 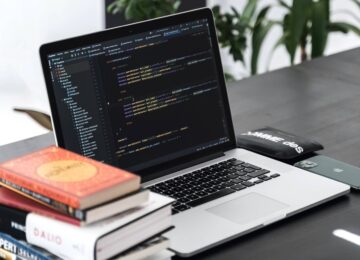 Lately, a lot has been said about the influence of JavaScript on the website position in the SERPs. Even though Google robots have made visible progress in processing this type of page, their performance still leaves much to be desired. Recently, we’ve learned some new information about the topic. Want to know more? Keep reading!