In recent years, the Middle East became attractive for entrepreneurs who seek new ways to grow their businesses. At the same time, the United Arab Emirates, one of the richest countries in the world, has been perceived as oil- and gas-based economy for a long time now. It’s worth taking into account, though, that the economic structure has undergone a significant transformation and, since recently, also becomes competitive in other market segments. These changes favour international investors, who can now benefit from doing business in the Emirates.

Latest on our blog: How to Increase Website DA: Domain Authority

The United Arab Emirates as a market – Characteristics

Not without reason, the UAE market is associated mainly with the oil and gas industry. The Emirates hold seventh place when it comes to the largest confirmed natural oil and gas reserves, and their processing is still significant for the economy. It’s worth mentioning, though, that contrary to common perception, oil represents now only 18% of the national GDP. Financial transactions, on the other hand, make up a substantial part of the national economy.

What do the Emirates owe the growth to? Apart from Abu Dhabi, which remains the main source of oil extraction, Dubai takes the lead. In the 90s, its natural resources were almost entirely exploited, which means that the emirate had to find a new way to grow. The decision was to focus on becoming a modern economy, with substantial investments in new technologies, improved educational standards and booming service sector. It had to be the right decision since Dubai quickly became one of the most important trade and finance hubs in the world.

The Persian Gulf, including the Emirates, imposes a specific business model, which relies on personal contacts. It means that when doing business in the Middle East, you should do so in person. If that is not possible, you should work with a trusted, local intermediary – a so-called “Sponsor”. This requires an actual business partnership with a UAE-citizen, who should hold a share of 51% of the company’s capital. There are even proper lists of professional sponsors, recommended by organisations that advise on choosing the right legal structure for a business. In this case, asking for help and partnering up may be necessary if you want to ensure the highest possible security and transparency of your venture.

Free zones for the entrepreneurs

Special economic zones called “free zones”, play a significant role when it comes to attracting both local and foreign investors. There are nearly 50 of them in the whole UAE, with 20 being located in Dubai alone. What’s interesting is that each of the free zones has its own administrative system, which, in turn, means different conditions for the registration process, rules for doing business, as well as any fees associated with it.

Nonetheless, all of the special economic zones offer attractive financial benefits and simplified procedures for those who want to start their businesses in the Emirates.

The United Arab Emirates on the web

The rapid development of modern technology influenced the visible presence of IT companies in many free zones. UAE are said to be one of the most Internet-dependent countries in MENA (the Middle East and North Africa). Because of that, there’s a high demand for web services and online marketing. Recently, website creation, video production, mobile app development, as well as SEO/SEM became one of the most required services in the e-commerce industry.

E-commerce and a typical Internet user in UAE

When taking the state of e-commerce into account, it’s doing extremely well in the Emirates. It is developing fast, each year growing by almost 300%. It’s worth to mention that it’s one of the market segments that grow the fastest – mostly because it’s fueled by mass adoption of modern technology and the promotion of a so-called “mobile lifestyle”.

Internet users willingly share and consume content on their mobile devices. That’s precisely why websites should be responsive. Because of the fondness for technological advancements, that people in the Emirates seem to have, the fetishization of the latest Apple or Samsung smartphones is quite visible.  When it comes to social media, though, Facebook is an undeniable leader (similarly to other countries, actually).

How do people in the Emirates shop?

Similarly to many other countries, entrepreneurs doing business in the UAE already noticed the benefits of online selling. Savings are the key aspect when it comes to e-commerce. Companies save money due to the lack of the necessity to keep the brick and mortar stores, whereas customers benefit from it when buying products at lower prices and saving time since shopping online takes a few clicks.

Interestingly enough, it’s men who buy more frequently than women. Actually, nearly ¾ of the customers are male. This result is very different from global trends, where the division by gender in terms of online shopping is pretty much equal. What’s also interesting is that UAE citizens browse the Internet primarily to find plane tickets, book hotels, trips or spots to various events, such as concerts and galas, buy smartphones and computers, jewellery, and then clothes, e-books and music. It may seem slightly surprising since food and clothing industry usually take the lead when it comes to e-commerce in other countries. Such a difference can result from the love for luxury that the country is known for. Frequent travels or nights out are typical for this kind of lifestyle.

In the last five years, the e-commerce market has grown by 1500% only in Dubai alone. This can easily be recognised as one of the fastest and most impressive growth rates around the world. The increasing number of online stores, though, means that those stores have to compete with one another, also for the visibility in search engines (and all over the Internet, for that matter). Interestingly, most of the UAE citizens choose local e-commerce sites more willingly than the global giants, such as Amazon – and that’s precisely why it’s important to focus on local promotion within the UAE.

As for the popularity of search engines in that country, Google definitely takes the lead – which means that the SEO in Dubai should revolve mainly around it.

Acting locally or globally – How SEO in Dubai works?

Arabic is the official language of the UAE, but since the country opened for international investments and entrepreneurs, English is now used frequently as well. Basically, it binds all people from more than two hundred countries that live and do business in the UAE. Even though Arabic still dominates when it comes to legal matters, English is more popular in business, as well as in the Internet. The SEO will, therefore, be conducted also in English. It’s always worth to emphasise the “locality” of your business. It will increase trust towards it. If you own an office or an actual shop in the UAE, you should also take care of its visibility in Google My Business, Google Maps and Apple Maps.

Off-site: where is it worth to build links?

When increasing the visibility of your site in search engines, it’s worth knowing what sources will be the most valuable for the UAE websites. Taking into account the loyalty of UAE citizens to local ventures, it’s a good practice to online catalogues with local businesses. Being included in such places should increase the credibility of your online store or any other business that you own. Plus, you can easily build links this way.

As for the online stores that don’t have any premises, such catalogues might not be the best choice. Still, there are certain lists or rankings dedicated to e-commerce, as well as Q&A and social networking sites that simply let you post about your business and promote it this way. You can also find new partners and build relationships with influencers or entrepreneurs who have a similar profile to yours.

Show everyone that you exist! Social media profiles

In order to increase the authority of the domain, it’s recommended to post on company pages within social media regularly. Surprisingly, Pinterest is considered to be the second most popular social network in the UAE. Even Instagram takes the sixth place, with Twitter, YouTube and reddit being used more willingly and frequently. It means that these networks are worth investing your time and effort into. Actually, well-managed social media profiles increase the trust of potential customers and make it easier to “stay in touch” with your company.

That’s why you should include links to your social media profiles on your website and place the no-follow attribute to those links.

Building links doesn’t necessarily have to go together with website optimization done on-site. Still, it’s worth to remember about a user-friendly UX that affects how clients navigate through your online store. The better the user experience, the lower the chances that potential clients will quickly leave the website and feel irritated by it. One of the most important issues here is also quality and well-optimized content on your website, that includes the right number of relevant keywords.

Since English happens to be a popular language in the UAE, you can use well-known tools in order to find the best keywords used for SEO purposes in Dubai. Google Search Console, Ahrefs, SEMrush or Majestic – all of them will do perfectly fine when searching for relevant phrases.

UAE market, that is newly opened to international investments, offers a lot of possibilities that are worth taking advantage of. The IT industry, including SEO/SEM, is growing rapidly – and the interest in such services can be noticed easily. What should be interesting for international companies is that many corporations based in MENA countries are subject to so-called downsizing, which means that many different tasks and services are being outsourced, especially when it comes to marketing, as well as SEO and design. Since English is widely used, international contractors can easily work with such companies, planning and executing SEO strategies that can be as successful as the ones at national level.

See how we increased the organic traffic by 77% in 9 months!

From 1 page view to 2 million in just 6 months. That's the effect I achieved with my client from the Arab Emirates. 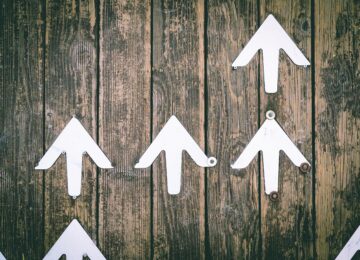 When it comes to ranking highly on the search engine results page, Google’s algorithm uses more than 200 factors to determine how a website is rated. One such factor is domain authority (DA) which is a metric showing the authority of your website according to numbers when compared with competitors. Keep reading to find out more! 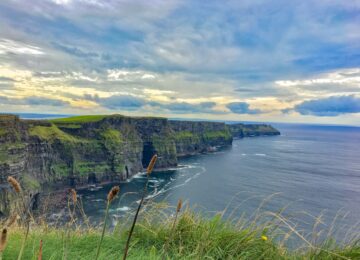 It’s said that Ireland is a small country that offers endless possibilities. But is it true? If you’re considering entering the Irish market, then you’re in the right place! In today’s entry we’ll discuss how to do SEO in Emerald Isle. Keep reading! 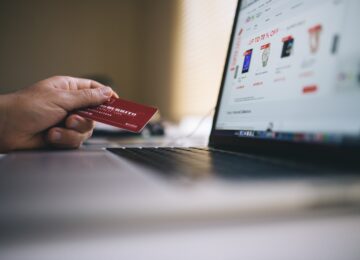 Multistore is a good solution for businesses that want to manage multiple online stores from one panel. How to perform SEO of online stores in this mode? Does the integration of online shops affect their SEO? Today we’ll tell you more about multistore and SEO!