Are you thinking about expanding your online store and entering the Russian market? When it comes to e-commerce, it’s probably one of the most appealing countries in the world. So, if you’re planning to sell your products in Russia, start from finding out what SEO in this country looks like and what are the characteristics of the Russian e-commerce.

Latest on our blog: How Important are Google Reviews for SEO?

A brief introduction to Russia

Russia undoubtedly belongs to the list of the most fascinating countries in the world. It’s enormous and inhabited by 150 million people, more than 12 million of them live in the country’s capital – Moscow. Russia is renowned primarily for its beautiful nature. It can boast with the deepest lake in the world, mountain peaks that are several thousand meters high or coniferous forests that occupy the area of thousands of kilometres.

Unsurprisingly, Russian is the official language in Russia and it’s written down with the use of civil script – a simplified form of Cyrillic. This fact certainly affects the local e-commerce market and consequently, SEO.

The e-commerce market in Russia

Without a shadow of a doubt, business owners who consider entering the Russian market should be pleased with the fact that the number of Internet users in Russia increases every year. In 2015, only 59.53% of inhabitants used the Internet on a regular basis, while in 2018 the number reached 62.40%. Russians are also increasingly eager to shop online – over the past few years, the growth has reached as much as 10% (in 2015, 37% of the Russian population [38 million] shopped online, while in 2018 the number increased to 47%, [almost 50 million]).

The most efficiently developing websites

The most efficiently developing websites

The chart above presents a ranking of the Russian e-commerce sites which were developing rapidly in 2018. As you can see, the analysis covers different market segments, you can find there both online pharmacies (6030000.ru, minicen.ru), hypermarkets (kotofoto.ru) as well as hardware and decoration stores (leroymerlin.ru, ikea.com) or e-commerce platforms (goods.ru).

It’s particularly worth noting that the pharmacy market in this country is developing really impressively, which can be an incentive for owners of online shops with medical accessories or drugs who are thinking about entering the Russian market.

The most popular websites

What online shops are the most frequently chosen by Russian customers? The chart below presents the most widely visited sites in Russia in 2015.

As you can observe in the chart, Russians don’t necessarily choose only their domestic stores. Alibaba, a Chinese e-commerce platform offering a wide range of products, certainly holds court and it’s the most frequently visited website in Russia. According to the chart, Russians love both online auction sites and direct sales sites.

We’ve already mentioned above that Russian Internet users don’t restrict themselves only to domestic stores. In 2018 as many as 56% of customers were buying online in both domestic and foreign online shops, 30% opted solely for the Russian e-commerce and the remaining 14% chose companies from abroad.

The graph above shows products most frequently bought online in 2017 by Russians. As you can see, consumer electronics sales (46%) truly dominate e-commerce in this country. Other things often chosen by Russians include: clothing (40%), home accessories (33%), culture (30%) and cosmetics (30%). On the other hand, Russian people aren’t so eager on buying food and beverages (only 8%).

Interestingly, almost every other Russian uses social media. In January 2019, this number amounted to 70 million inhabitants which equals 49% of the population (source: russiansearchmarketing.com). There is an upward trend when it comes to social media platforms – in 2018 they gained 2 million new users! The vast majority of Russian social media aficionados (57 million) use mobile devices to access their accounts.

Surprisingly, Facebook isn’t the most popular social media platform in Russia. People there much more frequently choose its local equivalent, VKontakte (vk.com). 83% of Russians have signed up to this site, whereas Facebook is used by only 39%.

Other very popular and worth mentioning social media platforms include: YouTube (85%), Odnoklassniki (55%) or Instagram (46%). Russians aren’t big fans of Twitter (19%), Pinterest (9%), Snapchat (7%), Linkedin (7%) and Badoo (6%). So as you can deduce, when planning to conquer the Russian e-commerce market, shop owners should put main emphasis on Instagram advertising as this medium has a particularly huge reach in Russia.

Communicators and messengers are also becoming more and more common in Russia. WhatsApp (59%) and Skype (37%) are by far the most popular choices. On the other hand, relatively few Russians have installed Messenger (13%).

The chart above presents payment methods most frequently preferred by Russians in 2018. Paying by card is an indisputable leader in the ranking (36%), however, it’s worth taking a closer look at E-wallet which still isn’t particularly popular in many countries.

As the name suggests, it’s a kind of an online wallet – the user signs up to a given service provider (in Russia, people usually choose Yandex Money but we’ll discuss it in more detail later in the article) and then gets an account where his/her money is stored. It’s also worth noting the complete opposite, meaning the Russians who still prefer to pay for their online shopping in cash (15%).

.ru is the main Russian Internet domain. However, that’s not the only one. Interestingly, the .su Internet domain, which was introduced in 1990 and assigned to the Union of Soviet Socialist Republics, is still used and registered in Russia. It’s also worth remembering about .рф – the world’s first domain in the Cyrillic, this domain doesn’t use the Latin alphabet for national website names.

SEO in Russia – what to laser in on?

If you want your online store to enter the Russian e-commerce market, you need to remember about one tiny aspect – Google doesn’t have a monopoly there. Yandex, the Russian equivalent of Google is also very important. Surprisingly, Yandex used to be the most popular search engine in Russia until July 2019, when the situation completely changed and Google has gained the majority of market shares.

So, as you can see, Yandex still remains a major SEO player in Russia, therefore it’s worth paying more attention to this search engine.

10 factors that affect the position of your website in Yandex

SEO principles for Yandex are very similar to those applied by Google and you’re probably already familiar with them. Above all else, Yandex values:

There’s probably no place in the world and no search engine for which the “content is king” phrase wouldn’t matter. In Russian SEO it’s also the rule. The choice of keywords and their skillful implementation in the website content is important, but the quality of the content itself is even more crucial.

Yandex puts great emphasis on local SEO, thus it’s necessary to know from which part of Runet the query comes from as in the first place the search engine checks queries from the same region.

You have to earn trust of Yandex search engine robots. Information about the company, payment or delivery methods and prices is highly appreciated. Moreover, the Yandex’s trust level is also influenced by comments and opinions from business partners or users.

Robots focus on users’ activities and their time spent on the website. This is particularly relevant when you consider SEO for online stores.

Similarly to Google, Yandex prefers a simple and hierarchical structure comprehensible both for users and the search engine robots. Moreover, website navigation has a noticeable impact on internal links and helps Yandex to index the page.

It’s not a factor that directly affects how the search engine robots perceive the website, nevertheless it’s important when we consider the behavioral perception of the site by its users.

Here, Yandex is very meticulous and strict – keywords shouldn’t constitute more than 6% of the text.

Similarly to Google, the older the domain, the more trustworthy it becomes for the search engine.

Yandex has developed its own VITS index which is an important citation index designed to determine not only the quantity but also the quality of backlinks.

The vast majority of Yandex products is similar to those offered by Google, yet some of them are even better. Below you can see the profiles of five of them that deserve special attention if you consider running SEO in Runet:

It’s a free tool that enables you to monitor traffic to the site. Although it works on a similar basics as Google Analytics, it has some interesting additional functionalities.

WebVisor, a plugin that allows you to record user behavior on your website is one of the innovative solutions. Such recordings can be really helpful in doing proper SEO.

At a time when Google began to make profits from sponsored link campaigns, Yandex came up with Yandex Direct, an equivalent of Google Ads. Just as in the case of the Google product, when starting a campaign you can specify its budget and location. The bids depend primarily on the selected region.

It’s an electronic wallet – you can create a free account and then transfer money to it using various payment methods. With Yandex Money you can effortlessly make online payments, shop or even pay bills. This payment method is becoming increasingly popular in Russia. 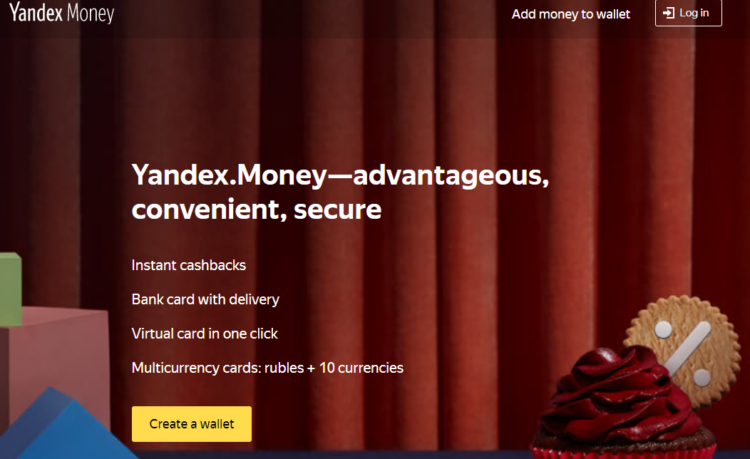 It’s a service that allows the users of Runet to compare prices and goods from many shops, including these operating offline. Customers can give their opinions and rate products according to numerous parameters. So if you are a retailer and want to expand or start your business in Russia, take a closer look at this tool.

It’s a free portal that enables you setting a new online store. Obviously the portal is compatible with other Yandex products and this is why the shop created with the use of Yandex Merchium is perceived well by the search engine robots. 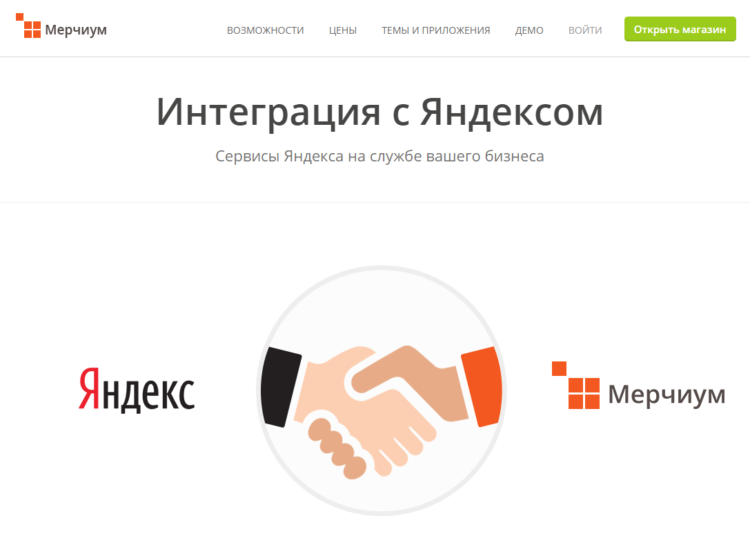 A few words about google.ru

While running SEO in Russia, don’t forget about Google. Although the search engine didn’t used to be so popular in this country, the situation has changed over the last few months and Google is becoming more and more popular. What are the consequences?

Your SEO activities should be adjusted not only to Yandex but also to Google. The number of Russian Google users is strongly influenced by mobile devices with Android which dominate among Russian-speaking users, especially the younger ones.

Russia is a powerful market where you can try to expand your business. Although succeeding on the Russian market can be a bit challenging, it’s not impossible. You’ll just need a pinch of creativity, texts written in cyrillic and a good game plan. When entering the local e-commerce, you need to remember about tailoring your site to both Google and Yandex as these two search engines are equally powerful in this country. Is it worth it? Well, the profits from doing SEO in Russia are disproportionately high in relation to the incurred costs. 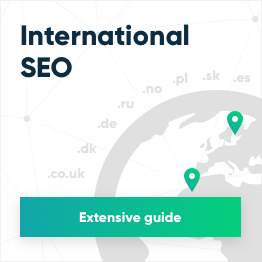 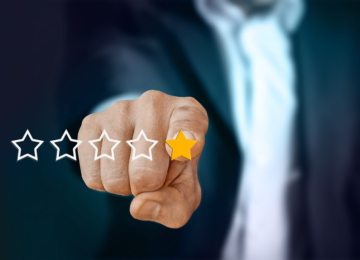 Very important. You see, online reviews for SEO don’t just tell a story to your potential customers but also to search engine bots that are trying to understand what your website is all about. 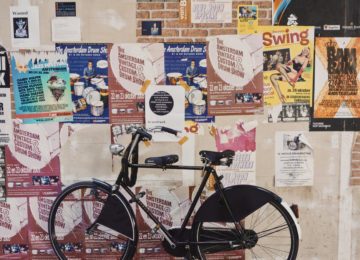 If you want to reach and attract potential customers, you need to provide them with valuable, attractive and engaging advertising texts that meet Google’s editorial requirements. Keep reading our article if you’re wondering how to write a compelling ad or how to improve CTR and quality score of your Google Ads. 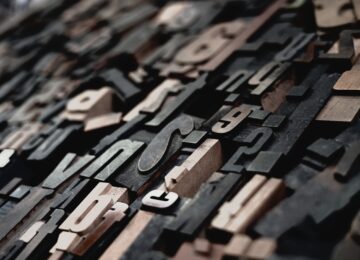 Choosing keywords for SEO should start with strategic keyword research - this usually involves taking into account the volume of monthly search and the competitiveness of your potential target keywords in terms of search and paid difficulties. But it doesn’t end with such an analysis; knowing which types of keywords in SEO to target is what will set you apart from your competitors. 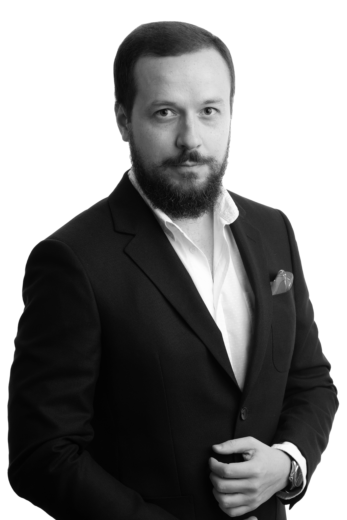