Latest on our blog:  Daily SEO Checklist - 12 Tasks to Perform on a Daily Basis

Believe it or not, there are around 63,000 search queries made every second. Have you ever wondered how Google copes with processing so many searches at a time? And more importantly, how does it know which content to display?

Obviously, the answer is algorithms.

In order to perform as expected, the algorithms must not only keep learning but also must be updated continuously. And that brings us to one of the Google search add-ins called passage ranking.

What should you know about it?

What Is Google Passage Ranking?

Even though it may sound a bit confusing, Google passage ranking is far from being some revolutionary update that would redefine our understanding of search engine optimization.

Since the introduction of this update, which kicked in on February 10th, 2021, Google has been able to find and display the exact and very specific piece of information that answers the query of a searcher. It appears in SERP, taking up position zero.

In other words, Google got far better at giving precise answers to their users’ queries. It is also more effective in analyzing long passages of texts.

‘Well… It did that before, so what’s all the fuss about?` you may say.

You may also see some similarities between this update and the long-known featured snippets that – after all – are displayed in the same place as the results generated due to Google passage ranking.

Those two, however, work somehow differently. To understand what Google passage ranking really is, let’s dive a bit deeper.

How Does Google Passage Ranking Work?

As you know already, Google aims at giving its users exactly what they come for.

If they look for ideas for a birthday cake for their kid’s birthday, the browser will display the recipes, bakeries, and images of the most impressive confectionery it has in its resources. Such a query calls out content that is rather long and compound.

But what if you need to find just one, very detailed and super precise information about something?

You probably don’t feel like reading and going through all the steps explaining how to, for example, take the case off if your PC is broken. You just need to find out one thing – which cord needs to be replaced.

And this is what Google passage ranking is designed for.

Last week, we shared about how we will soon identify individual passages of a web page to better understand how relevant a page is to a search. This will be a global change improving 7% of queries:https://t.co/iQoXktmSkt

In this thread, more about how it works…. pic.twitter.com/2oqdoCkt6r

This algorithm goes through an entire long text (eg. a webpage) and, apart from indexing it as it’s still meant to do, it also tries to understand the context of every single paragraph and even each sentence. Simply put, Google algorithms acquired the ability to understand and rank each passage of a long text separately.

And once it does that, it can sift through the irrelevant information, to show the exact sentence/passage (ie. answer) that is being looked for.

Is Passage Ranking the same as Featured Snippets?

No, it’s not, and there are two main reasons why.

First of all, those two are different systems.

Featured Snippet is an algorithm that indexes the entire website, whereas the Passage Ranking, which is an update, hone in on individual fragments of the web content.

The latter divides the text into separate sections, unlike the featured snippet that sees the content as one big entity, thus presenting a general overview of a particular subject.

When clicked on the featured snippet, commonly known as the answer box, Google takes the user to the website it based its answer on.

It’s also worth noting that, for now, Google Passage Ranking recognizes only English content. But, naturally, it’s going to work with other languages, too. Just give it more time.

Second of all, feature snippets can be optimized. Google passage ranking cannot.

You may try to implement some standard techniques to increase your chances of Google selecting your content and transforming it into a featured snippet.

In case you aren’t sure how to do this correctly, check How to Optimize for Featured Snippets blog post.

Getting your website to rank high for particular keywords is also super helpful to win featured snippets. The good news is that your website doesn’t need to be in the top 1, but obviously, the higher the website ranks in SERP, the better.

When it comes to passage ranking, then… well… there isn’t much that can be done to get featured.

To convince Google to show your article in position zero, you need to create quality content, which is something you already strive for on a daily basis.

It does, but not directly.

It’s not that this algorithm update is supposed to change the way SEO content should be written in. Neither is it some new game-changing feature that you need to keep in mind every time you create new content for your website.

Actually, this update gives Google robots more effective tools to look for and find the most relevant passages that respond to the users’ queries even better than it was done a few months back.

What it means for you is simply that you don’t need to change anything on your website as long as you follow the Google SEO writing rules. That is yet another irrefutable evidence that Google won’t give way for low-quality and vague content to be displayed on its users’ screens.

Whether we like it or not, new Google Search updates are and will be released periodically.

Some of the improvements force us to change our way of thinking about SEO and therefore make us draw up new, more effective strategies to help the business flourish online. The other updates, luckily, don’t stir up much with the plans for online marketing you already devised for your business. And one of such is Google Passage Ranking.

Think of Passage Ranking as a new skill that Google Search Engine acquired to serve its users better.

If you already create quality content that lives up to your prospects’ expectations, if you optimize the articles and blog posts for SEO, if you create schema and use meta tags, you shouldn’t worry about the latest Google update – it is highly unlikely it will harm your online marketing strategy.

However, if you aren’t 100% sure if the content you post on your webpage complies with the SEO writing rules, go ahead and contact our experienced SEO-trained crew They will guide you and give you easy-to-follow tips on how to create articles that convert.

A Case Study of a link building process for Polish, Finnish, Swedish and Danish markets we're carrying out for the CBD industry client. See how we introduced most relevant keywords to TOP1.

I will help you create content that will get your website to the top of Google search! 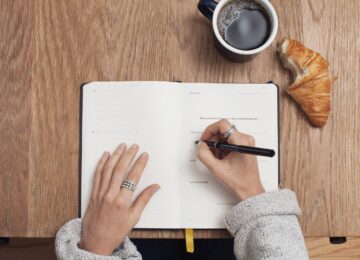 In order to be successful, SEO activities have to be performed on a regular basis. Thanks to keeping your finger on the pulse and refining your strategy every day, you can gain a competitive edge over your market rivals, and sleep soundly knowing that your website complies with Google requirements. Want to discover our daily SEO checklist? Keep reading! 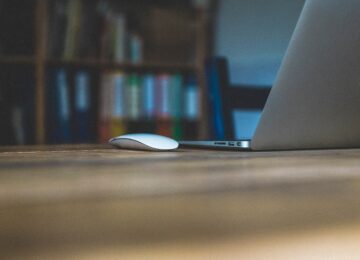 If there is one element that improves SEO, increases conversion rate and enhances user experience at the same time, then it’s the website footer. Equipping the bottom section of your pages with more than just contact info and the copyright sign can bring you many benefits. Here’s why your website should have a well-designed website footer. 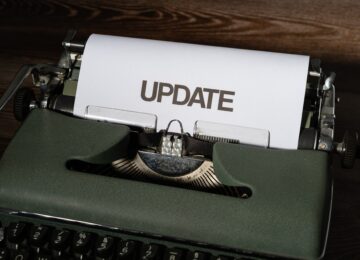 This September Core Web Vitals update has been announced! You can already notice the first changes it has made in search results! What should you expect?