Codete is a software house, which acts as an IT consultant and develops advanced solutions that streamline business processes for its clients. It was founded in 2010 and has been growing ever since. It is headquartered in Kraków and has a branch in Lublin, as well as outside of Poland – in Berlin and Cologne.

The following case study revolves around Google Ads campaigns that we have run for Codete in order to boost the number of conversions and generated leads, as well as increase brand awareness.

We started the cooperation with Codete on 28.04.2017, but its intensity increased at the beginning of 2018. Apart from the ad campaigns, we were working on SEO-related activities at the same time.

While preparing the campaigns, we focused on 3 areas:

Additionally, the company managed the social media profiles, which supported promotional activities and provided additional data on the target audience, which could later be used when running Google Ads campaigns.

A few facts for starters:

Initially, back in 2017, the campaign was driving traffic to Codete’s blog, where there were more details on the conference and the registration process. With the project developing rapidly, though, Codete decided to create a separate landing page for the conference. This is when we came up with dedicated solutions, such as:

After a proper implementation of analytical tools, we started creating the structure of the account according to the strategy we discussed with the client.

The campaign type: ad network (GDN) and remarketing
Main goal: maximising the reach and traffic among the identified target groups with a limited budget and a minimal CPC rate
The duration of the campaign: 1,5 month before the conference in Lublin (which took place in mid-April 2018), up until two days before the event.

For the campaign within the ad network, we started the activities with defining target groups and designing graphics together with the client, so that they match the landing page. Target groups were defined on the basis of the audience data from Google Ads, Analytics, and the information from the client.

The types of targeting within the campaigns:

The examples of visuals prepared by the client: 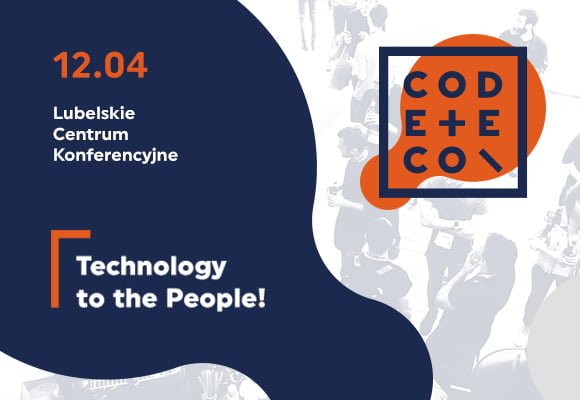 The campaign was optimised according to the initial schedule, devices, and locations. When optimising the ads, we took into account the key performance indicators such as the cost of conversion, conversion rate, bounce rate, and engagement on the website.

The campaign was targeted at Lublin and within a 200 km radius (in which case, however, we assumed lower rates and intensity – both by 25%).

– 61 registrations,
– 3 speaker applications,
– the conversion rate of 2,89%,
– the average CPC of 0.05$,
– With remarketing efforts, we took advantage of all the lists from other campaigns, and after a week the project CodeteCON already had enough recipients to start the promotional efforts. As can be seen from the screen below, the conversion rate was decreasing with time, which was influenced mainly by the fact that the entrance to the conference was free.

The website promoting the conference was launched in March 2018. We started the campaign almost immediately, and it lasted till May when the conference took place. Similarly to the previous project, we implemented all tools needed for the campaign (Google Ads, Google Analytics, Google Tag Manager) at the very beginning.

The campaign type: ad network (GDN) and remarketing
Main goal: maximising the reach and traffic among the identified target groups with a limited budget and a minimal CPC rate
The duration of the campaign: 2 months before the conference in Berlin

The target audiences and the way they were targeted were similar to the Polish campaign. The difference lied in the budget allocated to each target group. Within the first week, all budget was allocated to acquiring new users (as the website was brand new). With time, we invested more in remarketing – which eventually consumed 80% of the budget right before the conference (in comparison to 20% allocated to completely new visitors). The following graph provides an overview of the expenditures:

Initially, the visuals were prepared only for responsive ads which scaled automatically, depending on the size available. For responsive ads, there’s only one image needed, along with the proper header and ad text. Then, Google will automatically adjust the actual ad to the given size and device.

After building the remarketing lists, we created new visuals for this purpose, which presented certain speakers and their lectures.

The examples of visuals: 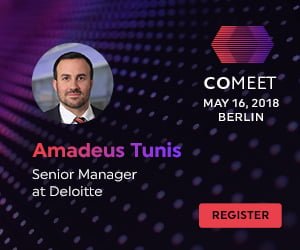 – A steady increase in conversion – The highest level was visible right before the conference, which took place in the first week of May. The graph clearly shows the increase in the conversion rate. With lower traffic, we achieved a higher conversion rate – mainly due to remarketing efforts.

The recruitment campaign has been run steadily with the same intensity from June 2017. During the campaign, though, the job openings change.

The campaign type: search network
Main goal: maximising the reach and traffic among the identified target groups with a low budget (in comparison to the competition)

The campaign targeted specific job positions that were looked for in the search engines, both in Polish and English (although Polish ads dominated).

The average CPC for the IT industry was extremely high, so we focused on optimising the rates. We wanted to have an average rank of no lower than 3.0. We conducted a series of tests which proved that the average conversion rate for the first 3 search results was the same because people seeking jobs usually open more than 1 offer.

We optimised the landing pages and improved the ads.

After the optimisation, we noticed more clicks with a lower CPC rate.

– increase in traffic from Google Adsby 815% in 5 months.

We have been running the brand awareness campaign constantly, aiming to increase the reach and display the ads as frequently as possible to the same audience with a fixed monthly budget.

We optimised the campaign with proven solutions, which resulted in a lower (2x) CPM with more specific ads and narrower targeting. It led to more page views within the same budget. 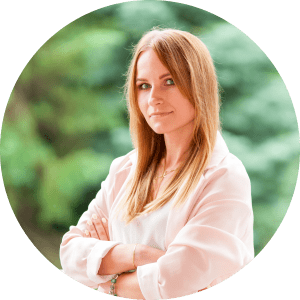 Customer’s opinion about the cooperation:

“We’re satisfied with the cooperation with Delante. Already after the first months we noticed the effects – increased website traffic and online visibility. Both the consulting and technical support from the team is on a very high level.” – Agnieszka Krawczyk, Marketing Manager in Codete

Get a free quote

A new website, on the Spanish market, google.es - see how in just 8 months we built traffic to around 1500 visits from scratch by implementing proper website optimizations!

Website optimization, copywriting and link building process - thanks to all of this we introduced competitive product keywords to TOP10 in just 9 months and increased organic traffic by 101%. Check it out!