Latest on our blog:  What Are Orphan Pages And How They Affect SEO

Litex Garden is a manufacturer of garden umbrellas and tents. The website, which we managed Google Ads for, is meant for individual clients.

We started the cooperation with Litex Garden in March 2017. We’ve worked together on Google Ads, Facebook Ads, and SEO. Such a multichannel approach increased the effectiveness of our efforts and brought better sales results in the long run. We also made sure that the SEO department worked closely with the Google Ads team in terms of landing page optimisation. By optimising every subpage, we also increased the quality score of the main page.

In this case, though, we will focus only on our efforts on Google Ads in 2019.

The campaigns we run are seasonal, and tailored to the most recent industry trends. Each year, we start the campaign in Spring and end it in Autumn. At the beginning of the year, we prepare a strategic plan for all activities and divide the budget accordingly.

In this case, the highest costs were planned for June, due to the rise of interest noticed in Google Trends, as well as the insights we gathered from the past data.

For the first few months, we were focusing on strengthening the brand and raising its awareness. Above all, we took advantage of the campaigns with the reach objective on YouTube, GDN, as well as search ads. Then, we proportionately lowered the budget for increasing brand awareness, and spent more on PLA and Search campaigns.

Taking into account the conversions stemming from the ads, as well as various product distribution points – the campaigns with the reach objective were run the whole time.

We dedicated the first stage of the campaign to raising brand awareness by reaching as many potential customers as possible. During the first few months, we focused on increasing the reach and brand awareness of Litex Garden. The activities were conducted with increasing intensity until mid-May. Then, we started reducing the intensity and reach of the campaign until its termination.

The campaigns meant for raising brand awareness were based on the CPM model, as their goal was to generate the highest number of impressions with the lowest cost possible. As a result, we were not charged on the basis of the number of clicks (which is typical for the CPC model) but for the 1000 times the banner ads were displayed.

We had several visuals prepared by the client at our disposal. One of them were optimised for Polish manufacturer of garden furniture phrase. The visual identity was coherent through the website, GDN ads, and Facebook. 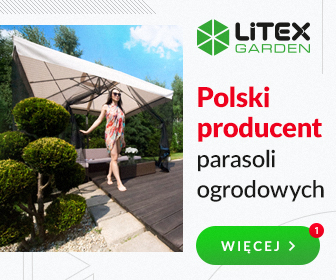 YouTube campaigns were run similarly to GDN ones. Their objective was to increase brand awareness, but we also took advantage of product ads and product bundles to feature the chosen umbrellas instead of the standard banners. The budget for YouTube campaigns was gradually increasing until April. In the following months, it started decreasing until it stopped completely.

There were two YouTube campaigns: one meant for the nighttime (from 8 PM till 4:30 AM) and one for the daytime (between 6 AM and 7 PM).

The campaign for the nighttime:

The campaign for the daytime:

The costs of these campaigns was calculated on the basis of the CPM model, as their objective was to generate as many impressions as possible. By using this model, we managed to achieve desired results for less than 1 gr CPV with a specified target audience. The campaigns were set up separately for mobile devices and desktops, and they had different schedules and budgets.

The campaigns for mobile devices were displayed all the time, whereas for desktops the bids were lower for the afternoon hours.

GDN campaigns, apart from building brand awareness and its presence (which we have already discussed), were supposed to drive sales and reach those who were potentially interested in purchasing a garden umbrella. We targeted different groups in order to reach that objective. We also used behavioural targeting, eliminating misguided placements thanks to the exclusion of non-matching sites and topics.

To maximise the results of the campaigns aimed at selling, we also leveraged intelligent ads.

Depending on the promotional periods, we used different ways of advertising the brand.

At the beginning, the campaign revolved around selling a specific product: Ibiza umbrella. 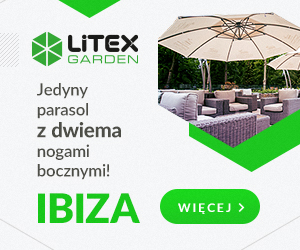 With the next campaign, however, we were reaching potential customers with a message “Discover Polish garden umbrellas and enjoy the shade”. 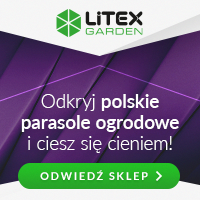 Both GDN campaigns generated nearly 10% of all conversions with relatively low costs.

To reach potential customers who already expressed interest in the products, we started the remarketing campaign as well. We targeted everyone who spent at least 1 or 2 minutes on the client’s website and didn’t make the purchase in the end.

With the remarketing efforts that aimed at generating traffic, we targeted the whole of Poland. Additionally, we also targeted Warsaw alone for another objective – the higher number of impressions.

The users who we targeted with remarketing were divided into groups based on the time of their last visit on the website. This way, we identified 4 different groups:

The best results, judging by the number of conversions, were achieved by the campaign 7-30.

In June, we also ran video ads on YouTube.

The videos were exactly the same as before – what was different was the targeting.

One of the campaign’s goals was to support sales through other traffic sources, which was also achieved in the end. The total sales made by the store during the peak periods remained at high levels, hitting new records.

The search ads were aimed mostly at search engine users from Warsaw. We ran the whole campaign between February and September.

There were three different types of campaigns:

The budget for the campaigns was spread over the whole time period. The highest share was allocated to June ads. Then, we lowered the intensity until the complete stop of the campaign. During its termination, we stopped the brand-related & long-tail ads with DSA.

The biggest challenge when it came to DSA campaigns was the way Google matched search requests. In order to precisely generate traffic from long-tail phrases, we added thousands of negative keywords specified thanks to the Keyword Planner and past data on the results of the campaign.

Product Listing Ads (PLA) were aimed at selling. In the case of Litex Garden, they were generating higher ROAS than Search Ads.

In May, we were testing on the client’s account intelligent PLA campaigns. After seeing good results from them, we decided to increase the spending on PLA in June, allocating the majority of our budget for these types of ads.

We ran PLA campaigns by doing the following:

During the first months, the goal of the campaign was to generate high traffic with the lowest possible cost per click. We used the data we collected throughout those months in the implementation of the automated bid strategies – ROAS. The last stage was to switch to intelligent product ads. Then, when the time came to switch the whole campaign off (June – September), we kept only the intelligent ads until the end.

Upon analysing the sales data, we decided to separate the targeting of Warsaw + Masovian voivodeship, and the rest of Poland. Campaigns aimed at key locations (stars) had their own budget for every promotional channel.

We divided the target groups based on the pursued aim, as well as new and returning clients. We delivered different messages to those who just found out about the company than to those who had been familiar with it already. For the purpose of optimisation, we excluded the internal traffic, competition, or those users who might have visited the website multiple times but each of their visits was very short.

The campaign was optimised based on demographic data, target audience on the market, and specific personas. We also took advantage of the groups similar to the remarketing lists, both in the case of search ads and GDN ads.

We were optimising the campaign based on its effectiveness during different times of the day and days of the week. We divided each day into smaller periods, within which we were adjusting the CPC bids.

We were optimising the campaign on the basis of the device used. In some cases, we created separate campaigns for desktop and mobile users.

The bids were adjusted every hour, depending on the current weather.

We ran A/B tests for different bid strategies, and tested different content when optimising the ads. In the case of GDN, we didn’t test different banner types – but we focused on the optimisation of ad targeting methods instead.

When optimising campaigns, we paid attention to excluding non-matching ad placements (in the case of GDN or YT campaigns), as well as negative keywords (DSA and PLA campaigns). Each week, we updated the list of such phrases and placements, until we achieved the desired results.

The key campaigns aimed at increasing sales used machine learning and advanced bid strategies for the purpose of their optimisation.

We decided to test Machine Learning solutions that automated some tasks on the ad account and increased the effectiveness of the whole campaign. Generally speaking, higher effectiveness is achieved by multiple factors at the same time, and their synergy is impossible to achieve when optimising the campaign manually. Therefore, we monitored the intelligent ads and optimised them as much as possible.

Additionally, we took advantage of multiple scripts using Big Data. One of them was supposed to check the current weather – every hour, it was updating the data for Warsaw via openweathermap.org. The bids were increasing when the weather was sunny, and decreasing when it rained. This script also modified the bids for sales campaigns and some of the GDN ones (targeting those who are potentially interested in the product).

Other scripts that we leveraged were, above all, to:

All campaigns on the client’s account had automated bidding in place. For the most part, they were focusing on maximising ROAS, lowering CPA and increasing the number of clicks. The tests in which we set the CPC bids manually always had worse results than strategies aimed and maximising conversions. The only exceptions were the campaigns with the reach objective and YouTube ads based on the CPM model.

Our main goal was to increase sales through Google Ads, but also through other channels – thanks to the rise of brand awareness and orders made by phone, as an example.

The actual results we achieved for the client were:

Working for a well-established store and high positions in Google for even better results.

See how we increased the organic traffic by 101% in 9 months!

See how in 8 months we built traffic at the level of 1500, starting basically from scratch!