Latest on our blog:  Duplicate Content - How to Deal With This Issue?

Mexico, or to be more official the United Mexican States, is a very diversified country in various respects. You probably associate it with chocolate, the culture of ancient Mayas and Aztecs, tequila and vibrant temper. The country’s capital city is inhabited by nearly 21,581,000 people which makes it the 5th largest city in the world. But what about SEO? Is it worth entering the Mexican market? In this entry, we’re going to take a closer look at the issues that need to be taken into account while doing SEO in this country.

Mexico is one of the Latin American countries. If this kind of market is your goal, you can read one of our previous articles to find out more about SEO in South America. Now it’s time for Mexico! Is the local market worth any attention? Let’s discuss it in more detail.

The profile of the Mexican market

Mexico is a real contradiction in terms when it comes to its economy. The gross domestic product there is the 15th in the world. Although the abundance of oil and its export increases the position of the country in the rankings, it isn’t a criterion for accessing the living standard of the inhabitants. Many families are affected by extreme misery – according to the government as many as 40% of the population is suffering from poverty.

Apart from the oil industry, the automotive market is also extremely prosperous there. Many brands, including Ford, Audi, Mercedes Benz, BMW or Nissan are still making significant investments in Mexican factories. 89 of the 100 top car parts manufacturers in the world have production facilities in this Latin American country. Last year, the United States imported from Mexico cars and car parts worth US$93 billion.

It’s also worth mentioning the ongoing Mexican Drug War between the government, gangs and drug cartels. Due to it, Mexican streets can be really dangerous, there are many victims, including missing children. Today, the Mexican cartels account for as much as 90% of cocaine imported into the US and their wholesale revenues reach $48.4 billion a year.

Despite some drug-related problems and murders, the Mexican market is very receptive. The area of 1,973,000 km² is home to 129.2 million people.

The chart below presents export in Mexico in 2017. Mexico exported products worth $ 418 billion and it made it the 9th largest exporter in the world. Over the past five years, Mexico’s exports have increased by 2% on an annual basis, from $373 billion in 2012 to $418 billion in 2017.

When it comes to import, machines, industrial equipment and car parts are among the most frequently imported products. The picture below presents goods imported to Mexico. In 2017 Mexico imported products worth $356 billion which made it the 13th largest importer in the world. Over the last five years, Mexico’s imports have increased from $337 billion in 2012 to $356 billion in 2017 which constitutes an annual interest rate of 0.4%.

How is the local e-commerce market developing?

The e-commerce market in Mexico is steadily developing. Clothes, accessories and electronics can be listed as the products most frequently bought online by the Mexican Internet users. They also use the Internet to download digital files, tickets for various events or to plan their trips.

The chart below outlines the share of individual segments in the local e-commerce market. As you can see, it indicates that the electronics and media segments will outperform the fashion one. Moreover, Mexicans eagerly purchase online toys and various hobby or DIY products.

The Internet penetration rate is 50.7% in 2019 and it’s expected to reach 59.3% by 2023. Today, 64.7 million of Mexicans are active Internet users. The average revenue per person equals $139.81. As shown in the graph below (data in millions), Mexico is ranked 10th among the countries with the highest number of Internet users in the world.

The most popular payment methods

Debit and credit cards as well as PayPal are found among the most preferred payment methods in Mexico. Bank transfers are also quite popular. In the chart below you can see the forecasts of the payment methods that will probably be favored in the upcoming years.

Dates on the Mexican e-commerce market which are worth remembering

Celebrating holidays and traditions is a must in Mexico. Thus, holidays when people give each other presents and buy some specific products play an important role there. The biggest e-commerce sales are reported in December, obviously due to Christmas. It’s also worth knowing that contrary to many countries, children in Mexico get their presents on the 6th of January, not on the Christmas day.

The so called hot sale is another notable event. It’s an initiative of the Mexican e-commerce association and it’s about e-commerce providers offering significant discounts for three to four days, it takes place at the turn of May and June.

The third major online shopping event is “El Buen Fin” – day long sales adopted by most Mexican retailers and partially inspired by black Friday in the United States. It’s held in the middle of November. Cyber Monday and Mother’s Day are another popular shopping days.

SEO in Mexico – what to keep in mind?

An average Mexican person – who is it?

Many of us associate Mexico with typical Machos, tequila or inequality between men and women. Although these connotations are not far from the truth, the situation in this country improves year by year. Undoubtedly, it’s worth finding out how the Mexican people perceive life and death.

They love black humor and fun. Mexicans are really susceptible to drugs (the teenagers as well), they often live for their favorite activities. Mexicans tend to be obsessed about given subjects and they’re eager to fiercely discuss them at length. Although they’re polite and helpful, they’re rather bad timekeepers. And they’re definitely masters of excuses.

They don’t support the government and call the political parties “ratas”, meaning rats, because of the widespread corruption.

The above characteristic covers only the most prevailing stereotypes of a typical Mexican resident. Remember that the population of Mexico is quite numerous and it surely varies.

Companies entering the local market can use English provided that their customers are likely to be in the upper middle class that speaks English. However, businesses wishing to achieve high market penetration should design their websites in Spanish. Here, it’s worth keeping in mind that Spanish in every Latin American country is slightly different. As an interesting fact, the Mexican constitution lists 64 languages as the official ones. However, 63 of them are Indian languages don’t used by Mexicans on a daily basis.

When it comes to Mexican Spanish, it’s worth focusing on the words with numerous meanings. Let’s take “Madre” as an example. The first meaning of this word is “mother”, nevertheless, it’s not the end. The word is also used to describe something when you don’t know or can’t come up with a suitable word to name it. Thus, “Pásame esa madre” means something like “give me this”. If you’re indifferent, you can say “Me vale madre” which means “I don’t care”. In Mexico you can say “no tienes madre” to a person who behaves offensively and shows no remorse. Confused? That’s not the end! “No entiendo ni madre” replaced by a typical Spanish person with “no entiendo nada” means “I don’t understand anything” and “a toda madre” is used to describe a thing you like very much.

Ufff… Quite a lot, isn’t it? Be careful when selecting keywords you want to use.

According to statistical forecasts, the number of social media users will increase from 64.1 million in 2019 to 73 million in 2023. Therefore, it’s worth being active in social media. But which portals are the most profitable? As you can see in the graphics below, you should focus mainly on Facebook, Twitter, Pinterest or YouTube. WhatsApp and Instagram are also notable social media platforms in Mexico.

When it comes to popular online shops most frequently chosen by the Mexican Internet users, we can mention websites such as www.mercadolibre.com.mx, www.linio.com.mx or www.amazon.com.mx. Moreover, some global retailers have been successful in the e-commerce market as well. Here, we need to distinguish www.walmart.com.mx and www.liverpool.com.mx.

Unsurprisingly, Google with 99% of the market share is the leading search engine in Mexico. Therefore, SEO activities won’t differ from those conducted in Europe, as far as the search engine itself is concerned. You don’t need to worry about other search engines as their share is too small to be significant.

There are two possibilities when it comes to choosing your domain in Mexico. You can go for either a .mx or .com.mx domain. Although the options don’t differ in terms of search engine optimization, the .com.mx one is used more frequently. In Mexico there are almost twice as many .com.mx sites as the .mx ones. There is also a domain dedicated to Latin American countries (.lat), however, if you want to focus solely on the Mexican market, it’s much better to go for the .com.mx domain.

Focus on social media as every year they play even more significant role in both communication and online shopping. If you want to sell products, think about websites such as mercadolibre, linio and amazon.

Because of the huge population, the Mexican market turns out to be very attractive for many investors and entrepreneurs. If you think about doing SEO in Mexico, remember about the deep-rooted local culture, holidays and seasonality of specific products. The language and its varieties are also extremely important – Spanish really differs from country to country. Pay attention to social media platforms and mobile version of your site because as stated in the statistics, these areas will be getting more and more significant over the years. 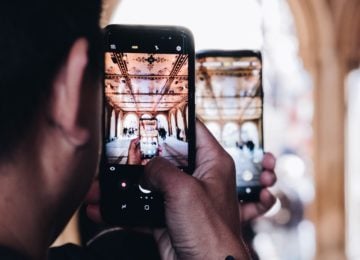 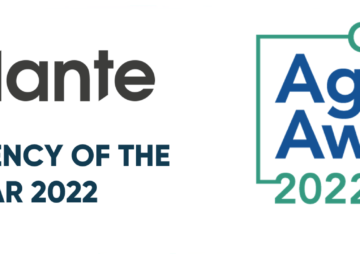 We did it! We won the 2022 Global Agency Awards in the "SEO Agency of the Year" category! Our efforts have been recognized internationally thanks to our fantastic team. Find out more about how we achieved it! 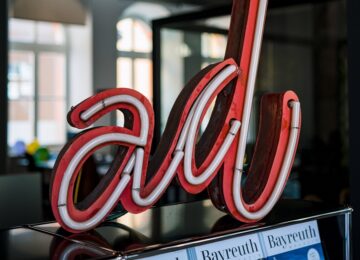 A good click-through rate (CTR) is one of the fundamental metrics that will help you track your ad performance. It depends on the industry and advertising platform, so there's no one-size-fits-all formula. Find out what is a good CTR for your business and how you can improve it!