Ukraine is a country in Eastern Europe. It’s a unitary republic, a founding member of the UN, a member of the World Trade Organization, a member state of The Council of Europe, The International Atomic Energy Agency and The Deep and Comprehensive Free Trade Area (DCFTA). Among all European countries, Ukraine has the lowest index of economic freedom – it’s a measure published by The Wall Street Journal and The Heritage Foundation that reflects the strictness of laws and the extent of coercion exerted on the economy by the government.

Today’s Ukraine is the second-largest country in Europe, Russia with an area of 17,098,242 km2 is the first in the ranking. Ukraine covers an area of 603,700 km2 and it’s the 6th most densely populated country in Europe. The number of current inhabitants (42.22 million people) indicates an unfavorable demographic situation as in 1993 Ukraine was inhabited by as many as 52.2 million people.

Ukraine is characterized by the exceptionally high potential in respect of natural resources and opportunities for economic development. The country has a qualified workforce, but unfortunately, due to a high level of corruption and insufficient development of the transport infrastructure, it’s hard to notice any growth and economic development.

The e-commerce market in Ukraine

In 2018, the value of the Ukrainian e-commerce market increased by 30% and reached UAH 163.4 billion. The value of online sales of goods and services amounted to UAH 65 billion. On the other hand, the money spent on advertising in shops, social media, and other online resources reached UAH 95 billion. According to forecasts, in 2019 the value of e-commerce was supposed to increase by at least 25%.

Ukraine has very low Internet penetration. According to data from The Ecommerce Foundation, the share equals only 49%, which constitutes the lowest level in Europe. Only 3.7 million users shop online which gives an average of 286 euros per person spent every year. Those who do shop online most frequently choose to pay on delivery.

The most popular search engines in Ukraine

Unsurprisingly, Google is the most widely used search engine in Ukraine. It’s chosen by 12 million users. Until 2017, the Russian browser Yandex, which also offers a search engine, was second in the ranking. The third favorite site was Mail.ru used by 9.58 million users.

Unfortunately, on 15th May 2017, both websites were subject to sanctions. However, it wasn’t caused by social pressure, although politics played a significant role there. Security and economy were supposed to be the main reasons as the sanctions were intended to prevent these companies from earning on the Ukrainian market.

Rozetka is the most popular online store in Ukraine. It’s a retail company founded in 2006 and based on information from Genius. It started selling mainly consumer electronics and after a few months, it already attracted 6.7 million users. OLX.ua is another famous e-commerce website in Ukraine with 5.5 million visitors a month.

Similar to many other countries, Aliexpress is the most popular foreign e-commerce site in Ukraine. This website is regularly visited by every 5th Ukrainian Internet user which equals more than 4 million people. eBay is second in the ranking. 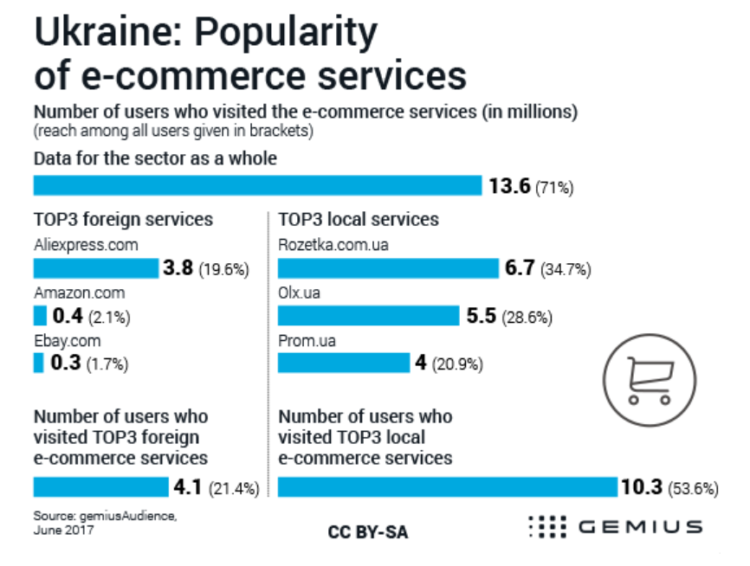 Ukrainian Internet users, like all Internet users, love social media. Facebook with 44% of users is first in the ranking and it’s followed by Instagram (18% of users). However, according to Statista.com more than 30% of Ukrainians don’t use the Internet at all. 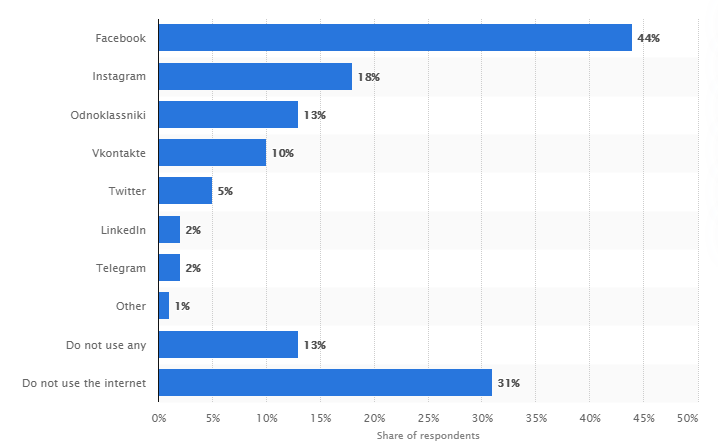 Although SEO done for Google is probably the most popular one, the Ukrainian market approaches the subject completely differently and there are some things you need to know if you consider entering the local industry. This notable difference results from the fact that Yandex, whose algorithms slightly vary from those used by Google, is still one of the most popular search engines on the Ukrainian and Russian speaking markets.

Yandex and Google analyze different ranking factors in different ways. If you want to be ranked high in both search engines, you need to try to strike a happy medium that requires a more advanced approach to SEO.

Over the past years, we could notice a common trend in ranking commercial websites in Google and Yandex. More and more often algorithms prioritize large websites over smaller ones. This is a vicious circle, because this way large companies gain even more traffic, while small enterprises don’t have a chance to improve their position in the search results. 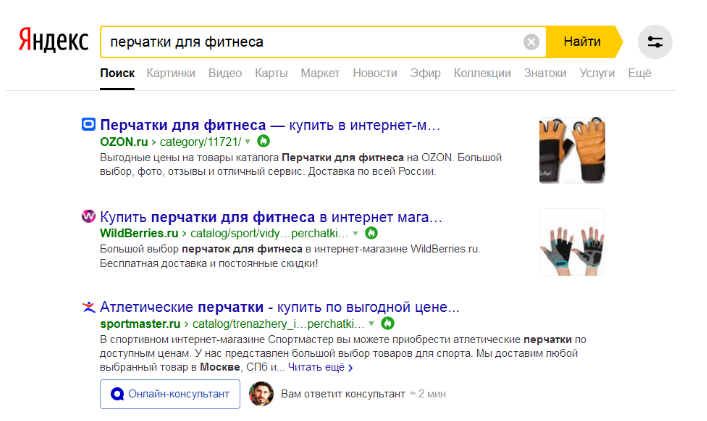 Therefore, if you want to be ranked high in both Google and Yandex, you should do everything in your power to improve traffic because bigger traffic to the site means being displayed higher in the search results. In order to increase traffic you should:

In order to be displayed in the top 10 search results in Yandex, you’ll also need a great product range of your online store – shops with a wide variety of products occupy 90-98% of the top three search results.

It’s also important to ensure that your store offers a wide selection of brands. If your store deals with only one industry, then the chances of being ranked high are rather low. Only 5% of such shops manage to reach the top 30 search results in Yandex, whereas in Google this percentage is approximately 3 times bigger.

If you focus on being ranked high in Yandex, you need to think about categories as 80% of the search results checked by Yandex are category pages and homepages account for only 15%. The search engine often displays category pages, even if your query contains a request for a specific model. You can get a desirable search result only after providing color or a specific size of the product.

A category page – what should it include?

Backlinks are one of the most important Yandex ranking factors. The websites that are displayed in the top search results in Yandex have about 3200 backlinks, whereas in Google it’s 2850. Both the number and profile of the backlinks are equally important. They should be evenly distributed to avoid a situation when all backlinks lead to the homepage. Thanks to that, your link profile will be much more diverse.

Ukraine and its official languages

According to The Constitution of Ukraine, Ukraine has only one official language, and as you may guess it’s Ukrainian. However, there is also the state language policy which allows using minority languages when the national minority exceeds 10% of the whole population. Therefore, Russian was given the status of regional language as it’s widely spoken in the eastern parts of the country where even lessons in most schools are in Russian. The press, radio, television, and even the publishing market in Eastern Ukraine also operate in Russian. Consequently, you should remember about tailoring your websites and optimizing it according to the language used in a given region. The language situation will also influence the way your content marketing is being carried for this particular market – remember to adjust it to your target audience and the language they speak. Both, literally and when it comes to tone of the narration.

Ukrainian vs. Russian – how do they differ?

Ukrainian and Russian originate from the same family of East Slavic languages derived from Cyrillic. They have a common alphabet, quite similar grammar and most lexical units are also corresponding. However, due to the diverse cultures of both countries, the languages noticeably diverge from each other and there are significant differences in these two language systems.

In Ukrainian, there are a lot of words that sound very similar to those in Russian, mainly due to numerous borrowings from the times of The Soviet Union. It’s also very interesting that more than half of the Ukrainian vocabulary corresponds to the Polish language, although such homophones can have entirely different meanings.

How does the Cyrillic script affect Google search rankings? What is UTF-8 in Cyrillic URLs?

URL transliteration is a common problem encountered when designing websites in an alphabet different than Latin. That’s why it’s a good idea to go for a Character Map from a previously prepared table, meaning UTF-8 encoding. This is especially important when the page has more than one language version.

In this case, it’s advisable to choose Yandex transliteration, which is different from the traditional one. When analyzing links, the Yandex search robot pays special attention to website URLs. Here, the role of the URL written by the transliteration is really crucial.

Correct URLs increase the chances of getting closer to the top positions in SERPs. Websites whose address is transliterated properly are ranked higher by the search engine. Therefore, Internet resources that follow the relevant Yandex transliteration can easily outdo their competitors. Yandex has also integrated a useful incentive for websites with competent transliteration – it highlights the transliterated address. This is a powerful tool that successfully attracts visitors to the site and at the same time improves its conversion rate.

Ukraine is characterized by a very low Internet penetration rate which equals only 49% and at the same time constitutes the lowest result in Europe. Although Yandex and Mail.ru were subject to sanctions, they still remain, together with Google, the most popular search engines in Ukraine.

In order to improve the visibility of your website in the search results, you need to take care of aspects such as:

Wesbite opitmization, copywriting and link building process - thanks to all of this we introduced competitive product keyword to TOP10 in just 9 months and increased organic traffic by 101%. Check it out!

I helped my client to conduct website migration without a decrease in organic traffic. 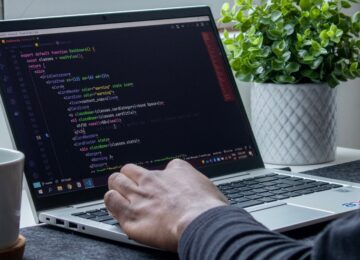 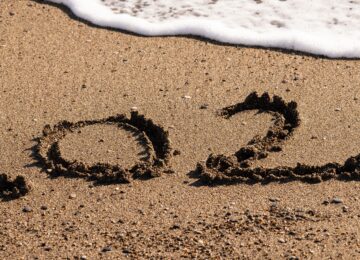 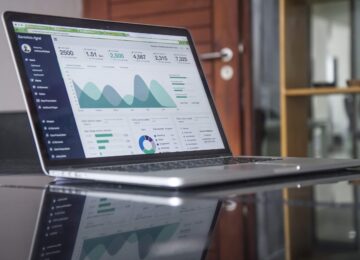